Dynamika (19:17:20)
I hesitate even to send remote entry when I read the rules of entering the party and I do not like it

Dynamika (10:25:40)
yes I seen these, I guess the other one will be somewhere on demozoo

Where Is Your God Now by 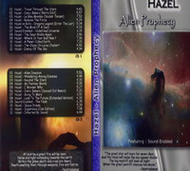 "Many years ago I saw an Intro on the C64 with a very nice music. I think it was from a group called UCA. That tune stuck with me and I used it (the chords in refrain), mostly to listen to it again ;)

...Now I know the SID's original title: It's called "Have fun" by Markus Schneider."

This song has been played 1 times. [See Request History]
It was added 2 months, 3 weeks ago.

Song Rating: 4 - Votes Placed: 1 View Voting History
A total of 0 users have this song on their favourites list.