HaCKa (12:46:53)
Do you really believe all those SpaceX rockets weekly flying are only lifting Internet satellites?

"I was beginning my civil service at the time. Oddly enough, later I found out Deck had also released a tune with a similar name and similar motives. :)"

This song has been played 116 times. [See Request History]
It was added 12 years, 5 months ago. Song Rating: 4.6 - Votes Placed: 7 View Voting History
A total of 3 users have this song on their favourites list. 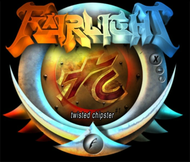