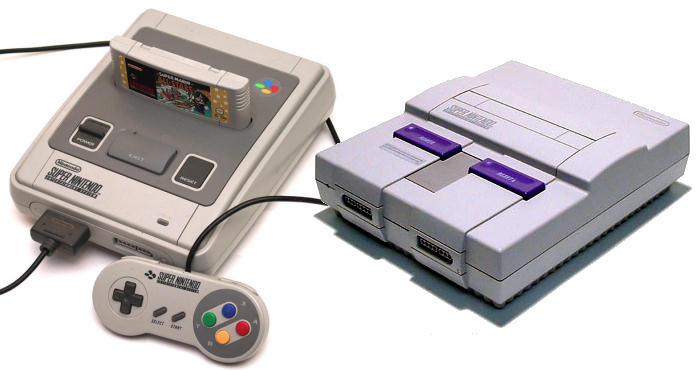 In Japan Super Famicom was clearly the most popular 16-bit game console. Also in the USA and Europe it eventually reached almost same sales figures as its competitor Sega Megadrive/Genesis.

While SNES was released later than its competitors it was also technologically more advanced and through enhancement chips provided with game modules its capacities could be stretched even further.

Unlike Sega Megadrive/Genesis and PC Engine, Super Nintendo has hardware support for digitized samples being the first popular game console in this respect. Though in the beginning SNES game musicians used instrument sounds which sounded pretty similiar to those of other 16-bit consoles. But later many SNES game songs started to have a bit more "realistic" instrument sounds.