HaCKa (12:46:53)
Do you really believe all those SpaceX rockets weekly flying are only lifting Internet satellites?

HaCKa (12:43:06)
9 out of 10 astronauts who drink their own pee aprove. Then there's the russian cosmonaut who only drinks vodka, never water.

she (Lain Trzaska)
Requested By: 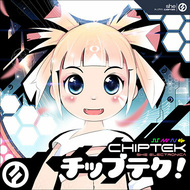 Face I Paint by

This song is a parody based on "Ihanaa leijonat ihanaa" which was a commercial hit single during the 1999 ice hockey world championships. The single featured TV's ice hockey commentator singing "it's fantastic, lions, fantastic", referring to the national hockey team.

Everything’s OK! (...not that we cared whether consults are OK)

Heigh-Ho! (4x, the struggle is tough, what an ugly looking screen)

Even though it's a terrible hustle, that doesn't bother us

This song has been played 74 times. [See Request History]
It was added 10 years, 2 months ago.

Song Rating: 3.1 - Votes Placed: 13 View Voting History
A total of 5 users have this song on their favourites list.