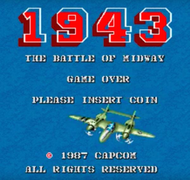 D/Generation was originally released in 1991 on the PC, followed by Atari ST, Commodore Amiga, and CD32 platforms in 1993.

I did the Amiga conversion of the PC title and end game tunes. There were no in-game tracks.

D/Generation HD, a 'high def' re-release of the original game, was released in October 2015 and I was given the opportunity to 'finish an unsettled score' by finally writing the in-game music missing from the original title.

Taking hints from 80's synth wave and cyberpunk, imagine John Carpenter writing happier music, this is the soundtrack I always felt the game was lacking.

This song has been played 20 times. [See Request History]
It was added 5 years, 5 months ago.

Song Rating: 4.7 - Votes Placed: 3 View Voting History
A total of 1 users have this song on their favourites list.