Kessen - 関ヶ原の戦い (Battle at Sekigahara) by 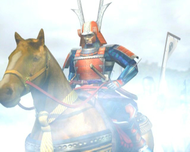 This is really a proof of concept, I made for the idea of playing simultaneously two ZX Spectrum computers, where one is playing chiptune music and the second one is playing digital music (6 channels in total).
I was wondering if it keeps tempo properly - and it appeared it works OK.
I don't know if it sounds very well, but at least sounds kind of interesting, I'd say.

AY-interface contains General Instrument AY-3-8910 chip or ym2149 chip (depending on model. A difference in sound is minimal).

This song has been played 67 times. [See Request History]
It was added 8 years, 9 months ago.

Song Rating: 4.5 - Votes Placed: 6 View Voting History
A total of 2 users have this song on their favourites list.