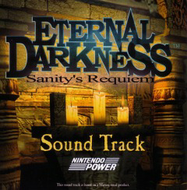 'The theme melody for this one was originally slightly different. I changed it when I realised I'd stolen it from the Jamiroquai song 'Destitute Illusions' :) Initially the drumset was also weaker, I think the final drum sounds were provided by Tempest. Oh, and for the dumb title: it's 118bpm, 64kb, and... hang on, I've actually forgot what 194 stood for. Oh well."

Used in the Windows game Sammy's Brickyard released by RWD Games in 2004.

This song has been played 101 times. [See Request History]
It was added 11 years, 3 months ago.

Song Rating: 4.6 - Votes Placed: 8 View Voting History
A total of 2 users have this song on their favourites list.