There are currently 0 users online: 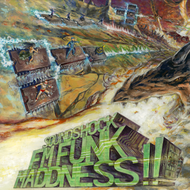 arranged from the arcade game, the original song by Hisayoshi Ogura

Regarding "sampled drums" in this record:
(Galway himself in the interview)

"I figured out how samples were played by hacking into someone else's code ... OK, I admit it ... It was a drum synthesizer package called Digidrums, actually, so you could still say I was the first to include samples in a piece of music. [...] Never would I claim to have invented that technique, I just got it published first. In fact, I couldn't really figure out where they got the sample data, just that they were wiggling the volume register, so I tried to make up my own drum sample sounds in realtime - which is the flatulence stuff that shipped in Arkanoid."

This song has been played 176 times. [See Request History]
It was added 11 years, 5 months ago.

Song Rating: 4.8 - Votes Placed: 20 View Voting History
A total of 10 users have this song on their favourites list.


Remixes Based On This Song: