Da! Heard It Records
In Albums: 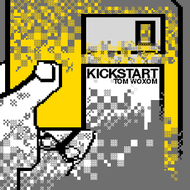 Before posting a new, or replying to a forum topic, please be mindful of the following simple rules:

Forum posts can include highlighting and other fancy commands for embedding content, songs and groups etc. To learn more about how to use the BBCode features in your post, take a read Here on the forums to see how they look!