Whoop Whoop! This song has a pretty odd origin.. I was watching 'For a few dollars more (1965)' for about the millionth time and at one point I heard a pretty cool bell-sound followed by the character El Indio talking about bounty killers. Some minutes passed by but the cool moment got stuck inside my head so I had to rewind and listen to it again. I marked the time stamp up and thought maybe I will sample that. Later that day I watched the movie again.. sampled it, took it to Renoise tracker to see what can be done with it, all the while falling in love with the reverbing nature of it. So, that one bell sound was the basis of this almost six minute track and it can be heard throughout the song several times. I did however drop the spoken part as it did not really fit the soundscape, maybe some day I will do part two using the same sample :-) Thanks for listening, take care. -The Hooligan

This song has been played 2 times. [See Request History]
It was added 8 months, 4 weeks ago.

No Votes Yet :(
A total of 0 users have this song on their favourites list.

The Sound of SceneSat Volume 6 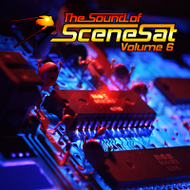