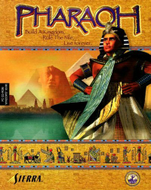 "Tracks 3, 4, 5, 6 & 7: These were all the in-game tracks and there's a reason they sounds a little simple and sparse - they only use voices B, C & D. I deliberately didn't program any audio data for voice A on the tracks that were used in-game. This was because most of the time your character was kicking, punching or shooting something and while the SFX driver was programmed to steal voices from the music only when needed, in this instance the interruptions were so frequent it made a mess of the music. So I made the decision to sacrifice a voice and simplify the music. Having said that, I was quite pleased with how track 6 came out. As I've just been listening to it I thought that the sweeping noise was done with some clever trick but it literally was just 16th notes descending in pitch. Sometimes the simplest things work best."

Song Rating: 3.6 - Votes Placed: 7 View Voting History
A total of 2 users have this song on their favourites list.