YOU (Yousuke Yasui)
Requested By: 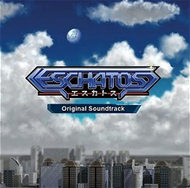 Ultima V: Warriors of Destiny - Fanfare of the Virtuous

This song has been played 63 times. [See Request History]
It was added 8 years, 9 months ago.

Song Rating: 4.8 - Votes Placed: 5 View Voting History
A total of 4 users have this song on their favourites list.