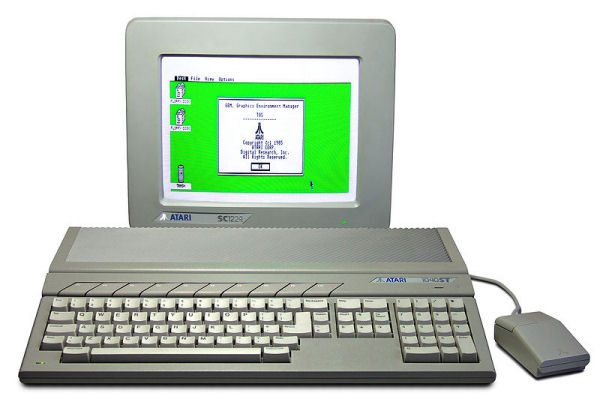 Atari ST's YM2149 sound chip is Yamaha's variant of AY-3-8910 which is designed by General Instrument. The similiar sound chips were used also in some 8-bit generation computers and consoles including Amstrad CPC, MSX 1 and ZX Spectrum 128. For various reasons however, these machines do not have exactly the same kind of sound when compared but similiarity is still obvious.

Like almost any sound chip, YM2149 can play digital samples when some programming tricks are used. However, this consumes ST's processor time and thus samples are seldom used during games.

Atari ST is equipped with an in-build MIDI-port and became popular among professional music makers as a MIDI-device (which means that computer is used for composing and directing music while sound is produced by external sources).

The king of the Atari ST composers is Jochen Hippel