Golden Years Over by 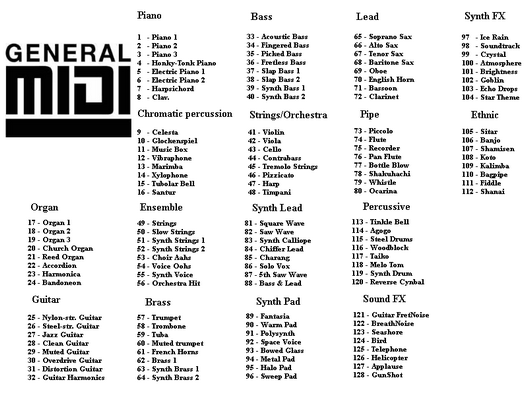 "GM (General MIDI) – GM is an international standard of a tone generation format which was accepted as “Recommended Practice” of MIDI by AMEI and MMA. GM is a set of common rules for tone generators to ensure the ability to reproduce musical performances on different GM compatible devices."

In the early 1990s most of PC games used FM sounds created by OPL-2 and OPL-3 sound chips used in AdLib and early Sound Blasters. Some early Sound Blasters had GM compatible set of instrument sounds but they were based on FM synthesis instead of real-world samples.

Roland MT-32, which gave then high quality MIDI sounds, was released already in 1987 but just few people had it. LAPC-I was Roland's sound card which was compatible with MT-32.

In 1991 Roland released SC-55 (Sound Canvas) which was the first General Midi compatible sample based MIDI sound module for PC. It was a bulky sound module, however, not something that average user would have next to his/her PC.

General Midi is a fixed set of 128 instrument sounds created in 1991 by MIDI Manufacturers Association (MMA) and the Japan MIDI Standards Committee (JMSC). With this standard it is possible to create scores of music which can be played with all GM compatible sound sources. This means that music does not have to be arranged for different GM sound cards and modules because they all read the same notation.

In 1992 Gravis Ultrasound (GUS) arrived. It also had GM compatible set of sample based midi sounds. However, this sound card was more popular among tracker/MOD musicians since it had an extra memory for samples used in tracker music.

Until 1994 most of gamers heard MIDI music through early Sound Blasters which used OPL-2/OPL-3 chips based on ancient technology. Only the arrival of Sound Blaster AWE32 in 1994 started to make sample based MIDI music a truly common phenomenon on PC games.

It is interesting to note that some CD-ROM games (for example Warcraft 2 and Hexen) included both soundtrack as MIDI files plus CD soundtrack which was made by playing those same MIDI files through some more expensive and advanced MIDI module. In that way players with old sound cards could heard more advanced MIDI music if they kept CD inside the drive while playing.