gilok (09:23:39)
to swollow that down ive one can of beer ^^ more braincells to burn they arent needed 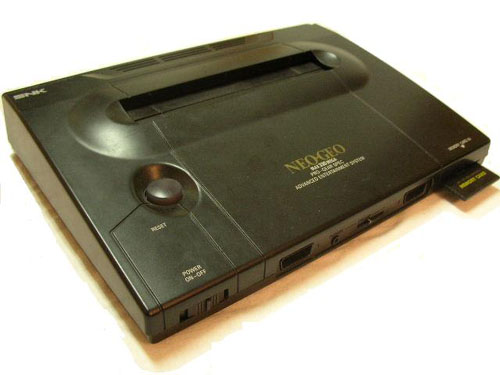 Mythic video game system released by Japanese SNK in 1990. It is a home version of SNK's Multi Video System which was used in arcade halls. The System allowed switching from one arcade game to another simply by changing cartridge and cabinet.

Initially Neo Geo was only rented for places such as bars and hotels but later it was sold for homes in a very high price (around 600$) when some people expressed that they want to buy it. Each game cost around 200$. The machine was technically superior to other consoles of the early 1990s but not many gamers decided to buy it. Because SNK's arcade games could be released as Neo Geo games, there were eventually 154 games available the last being released in 2005.