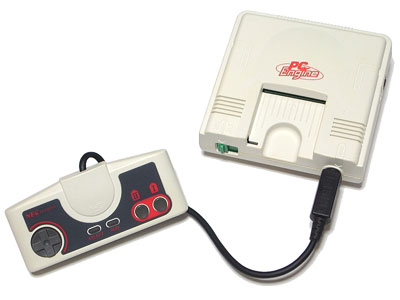 PC Engine is a Japanese game console released in 1987 which competed against Super Nintendo and Sega Genesis/Megadrive. It was relatively successful in Japan but did not prosper in other areas. In the USA the machine was known as TurboGrafx-16

NOTE: PC Engine does not have anything to do with IBM PC compatible "PC computers"