just do your thing

gilok (19:41:58)
people who think they have to do some sort of judgement are dangerous 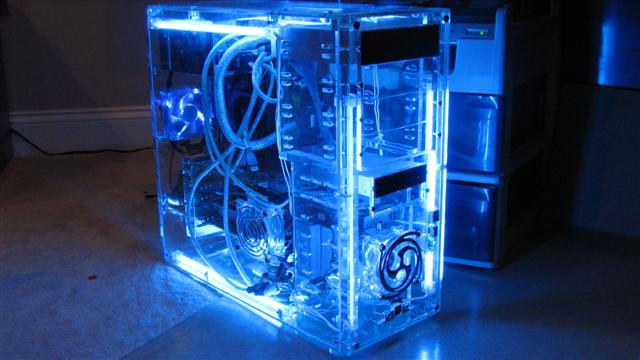 IBM PC was released in 1981 but it did not have any sound capacities beyond ill-fated PC Speaker with its sharp monophonic BEEP sounds (some PC Speaker recordings can be found under this platform). The computer was meant for serious use in order to separate it from game machines and thus sound features were seen as unimportant.

Related to the fact that IBM had used many parts by other manufacturers in their computer standard, some companies discovered that it was possible to manufacture fully IBM PC compatible computers without legal problems. Thus hundreds of companies started to produce PCs which initially were called "PC clones". IBM itself stayed among one of these hundreds of manufacturers which released PC computers until they quitted computer manufacturing in 2005. Only Macintosh computers survived as an alternative choice when PCs became the leading standard of home computers, overriding Commodore, Atari, MSX and others in the early 1990s.

Sound capabilities of PC computers started to widen in the late 1980s with sound cards such as AdLib and Roland MT-32. Later Sound Blasters became a standard. Still in the early 1990s most of PC gamers heard their music as primitive FM synthesis from early Sound Blasters or AdLib instead of digital instrument samples that were heard in many Amiga and Super Nintendo games. This started to change when new generation of sound cards, such as Sound Blaster AWE-32, introduced sample based midi instrument sounds which sounded much more realistic than FM instruments. Some PC game designers also started to use tracker based music which used custom digitized samples as instruments just like Amiga tracker music.

But soon, in the mid 1990s fully digitized music (often in the form of CD audio tracks) started to replace traditional forms of game music and the era which we call "classic game music" was about to come to its end.