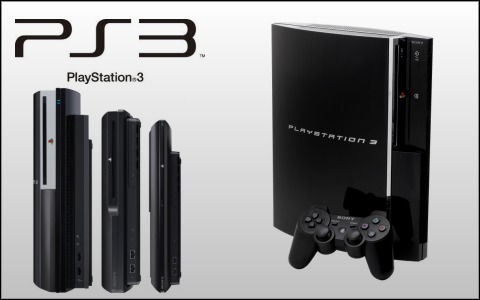 Things that should be added under this platform:
- songs ripped or recorded from games on this console

Sony initially announced two hardware configurations for the PlayStation 3: The 60GB and the 20GB, though the 40GB, 80GB, 120GB, 160GB, 250GB and 320GB configurations have been released since then. The PS3 was announced for a simultaneous worldwide release with a launch date of November 11, 2006 for Japan and November 17, 2006 for the United States and Europe. But due to a shortage of the blue laser diodes used for the Blu-ray Disc drive, the European launch was subsequently delayed to March 23, 2007.

The PS3 uses the Cell Broadband Engine co-developed by Sony, IBM, and Toshiba. Graphics processing is handled by the NVIDIA RSX 'Reality Synthesizer', which can output resolutions up to 1080p HD. The PS3 has 256 MB of XDR main memory and 256 MB of GDDR3 video memory for the RSX, for a total of 512 MB system memory.