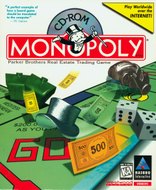 Living In A Fuse Box by

From Mister Beep: "Hi there. A cross-platform 1-bit "Beepola" tracker appeared, emulating ZX Spectrum's BEEPER on Windows. I wanted to make something more serious with the new utility, so I made this song - two BEEPERs playing stereo, simultanously. 6 channels (4 tones, 2 drums-channels). Both "halfs" of the song have been recorded from Timex Computer 2048, synchronized to one initial tone (that was deleted after a proper sync set up). In opposite to ZX-7 engine, this one plays bass louder and higher tones - more silent. In addition to that - the second channel plays sounds a little bit louder then the first one. Because of that and because of taking 2 different recordings and combining composition in a special way, I was able to achieve something like almost a real volume control. Enjoy the song. :)"

Song Rating: 4.6 - Votes Placed: 11 View Voting History
A total of 5 users have this song on their favourites list.