debo (16:58:12)
I can't imagine this line showing up in random mainstream media somewhere

debo (16:57:46)
i would really like to know who recorded this sample that says "wake up, skip school, turn on the atari" 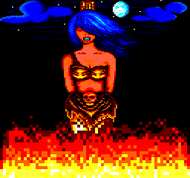 Can't You Catch the Mouse?

Made for Xonix-like game for Set-Top Box (powered by PowerTV engine). Do not know the game name, but it featured Bee hero :)

Later the tune was converted to IT format and released on "Toy SongS 3" musicdisk.

This song has been played 97 times. [See Request History]
It was added 11 years, 1 month ago. Song Rating: 3.8 - Votes Placed: 4 View Voting History
A total of 1 users have this song on their favourites list.