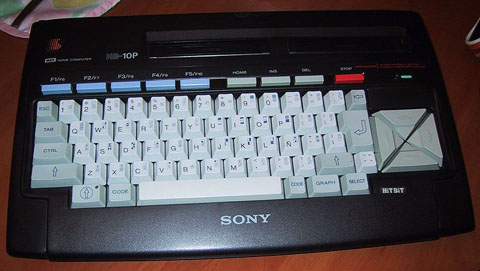 MSX was computer standard manufactured by numerous different companies. It was designed by the Japanese branch of Microsoft and released with 15 Japanese electronic firms in 1983. The standard was based on earlier home computer called Spectravideo SV-328 with which it was partly compatible. Letters MSX refer to MicroSoft eXtended basic (though there are alternative theories).

In the early 1980s there were numerous different computer brands which were mutually incompatible. The situation was totally opposite to what it is today. The idea of creating computer standard was inspired by VHS video cassette standard. Most of components used were easily available.

MSX computers did not become popular in the USA and in Britain which meant that MSX did not become a worldwide standard as it was planned. However, MSX found significant markets elsewhere. They were especially important in Japan, South Korea, Argentina, and Brazil. In Europe MSX met success especially in Netherlands and Spain.

Soundchip of MSX1 was General Instrument AY-3-8910 (PSG) which was used also by numerous other computers and consoles in the 1980s.