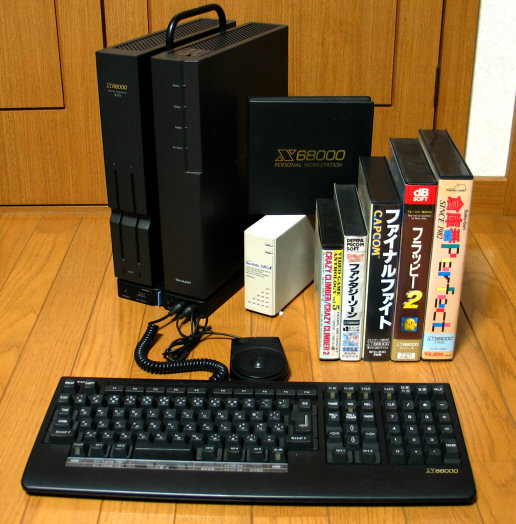 The X68k ran an operating system developed for Sharp by Hudson Soft called Human68k, which features commands very similar to those in MS-DOS (typed in English).

Later in the system's life, there was an expansion card called Mercury Unit, which increased the PCM channels to a total of 8. Songs that use this expansion sometimes have PCM8 in their title or file name.

Many games also supports the Roland SC-55 and MT-32 MIDI modules for sound as well as mixed-mode internal/external output.