Additional Information:
Romeo Knight said: "My neighbour and I usually watch movies together in my home cinema regularly.
However, while having some beers meanwhile, he needs to take a pee quite often, up to five times a movie. So over the last months, everytime we needed to have that special break I grabbed an acoustic guitar and started jamming around for a minute or two until he was done. I saved some of the riffs and ideas in mind and after a couple of weeks, this song was basically finished. Only composed during those piss breaks. I recorded it in basically one day in the studio and named it using an online song title generator. It should have been named “F*ckin’ Small Bladder” though. I hope you enjoy it.
"

This song has been played 75 times. [See Request History]
It was added 11 years, 3 months ago. Song Rating: 4.6 - Votes Placed: 5 View Voting History
A total of 2 users have this song on their favourites list. 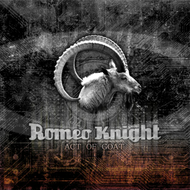