Hazel - Memories From The Scene (part 1) by

C64 Megamix II (Emulate The Past) by

The Sound Of SceneSat, Vol. 2 - Firing Up


Additional Information:
Maniacs Of Noise said: "Welcome to Firing Up! A collaborative marathon featuring the musical wares of Jeroen Tel (WAVE), Mick Rippon (MickRip), Thomas Mogensen (DRAX) with a short but very sweet contribution from Thomas Egeskov Petersen (Laxity) - aka: The MANIACS OF NOISE. It started when Mick said to Jeroen, “let’s write a quick 30 second tune”. So, Mick swiftly tracked a 30 second bassline. Jeroen, being Jeroen, wrote a complimentary melody. Mick, added percussion. Jeroen added more. Mick added more. Along came DRAX. DRAX added more. Along came Laxity, he added more. The Maniacs of Noise collectively blinked, suddenly the song was 23 minutes. The End... actually no, that’s not the end. Firing Up was a result of 1. Many late nights (including last night). 2. Many heated and passionate discussions 3. Many toxic cigarettes. 4. Many joint listens (yes) 5. Many educational philosophical discussions about nothing. 6. A conception ;) … For your amusement I will include some technical details about this track. Song Length: 23 minutes. Software: Renoise. Number of unique patterns: 143. Number of tracks: 29. Number of Instruments: 56. Time Spent: 216 days. Number of Swaps: around 40. (That was Mick talking). I (Jeroen) would like to add some additional info. When we started working on this track, we really didn't have a clue where this would go and when the "tune" started getting really long, keeping track of all the individual instruments (they where allover the place) was a real b*tch! Many hours were spend just to get all those tracks and effects organised. Blips and blops here and there removed and added... a true monster to work with... But as time progressed it became a pleasure to work with it again. I think each of us has heard "Firing Up" many hundreds of times while working on it. The nicest thing about this track is that is has some of all our individual styles and likes combined in one song... Working with talented co-composers is a true inspiration and I hope it shows when you listen to this massively long tune! Enjoy!
"

This song has been played 158 times. [See Request History]
It was added 11 years ago. Song Rating: 4.7 - Votes Placed: 46 View Voting History
A total of 29 users have this song on their favourites list. 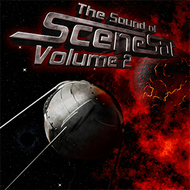